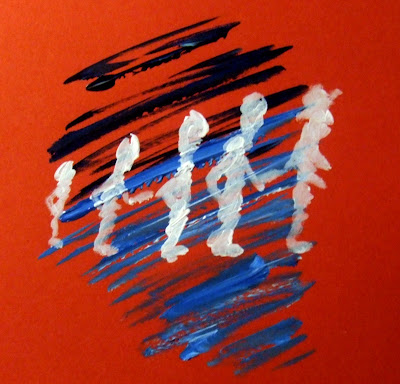 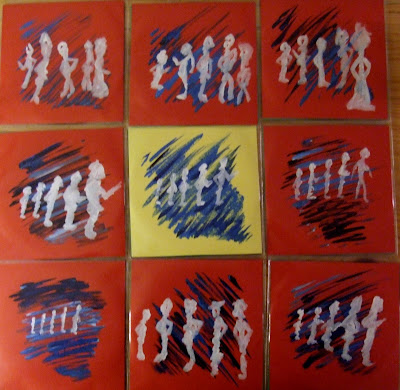 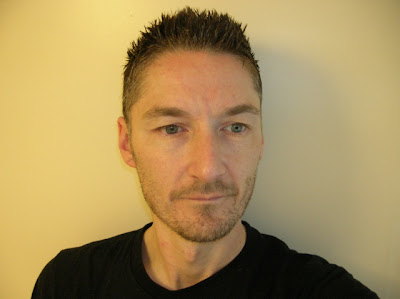 Quietly and without fuss, Andrew Paine has established himself as one of the UK underground’s most progressive thinkers and most diverse operators, his modes ranging from solo voice, through layered howling guitars, gentle piano interludes, oblique electronics and wherever he likes in between. He initially broke cover collaborating with Richard Youngs in their progressive rock group project Ilk. Following their second album “Canticle” (VHF, 2005), he became particularly prolific, releasing many collaborative titles both with Youngs and with fellow Glasgow resident Alistair Crosbie as well as several solo titles. He founded his own Sonic Oyster Records in 2006 to release much of his work and has recently co-founded the progressive kraut-rock power trio, Space Weather, with Alistair Crosbie and Brian Lavelle.

Apollolaan are very proud to release "Five Perspectives (on the same event)" by Andrew Paine. The release is one single track with a playing time of just under half an hour, using Voice, Guitar, Harmonica and FX. This release is limited to just 50 hand painted CDRS, using acrylic and ink on card sleeves housed in plasic wallets.

Home to just one long track, “Five Perspectives (or the same event)”, is a slowly building piece that opens with the repeated refrain “I Was Born To Silence”, hypnotising you the chant gradually fading as other instrumentation takes over. With whispers of synths and whistles, the sounds creep into being, until a wave of distorted drone flows into the music, fragile and beautiful, the sound ever rising, until, it too, is lost, the vocals re-asserting themselves, painting some wonderful, evocative images behind your retina. From here on in a meditative minimalism is to be found, rustles of sound curling around the words, the return of the drone more gossamer than before, cloaking the piece in mist before everything is silence.


"If something is boring after two minutes, try it for four. If still
boring, then eight. Then sixteen. Then thirty-two. Eventually one
discovers that it is not boring at all." While it would be naïve to peg
Glasgow’s Andrew Paine as a direct descendent of the father of
experimental minimalism—ignoring everything that has happened in music
in between-- John Cage’s maxim on repetition goes a long way in
capturing our experience of “Five Perspectives (On The Same Event)”,
released on Apollolaan Recordings last year.
Riding on a single, twenty-eight-minute track, Paine departs from a
simple leitmotif, repeats it ad finitum, and sends it flying
everywhere, nowhere, and straight into the pleasure centers in your
brain. His half-sung, half-spoken incarnation of the phrase “I was born
in silence” may seem a bit grating at first, but it begins to grow on
you after the first ten or twelve replays; once it really becomes
engrained, it is likely to summon flashes of everything from black
spiritual song to Gregorian chant and Buddhist prayer. Harmonica,
guitar and miscellaneous effects snake in and out of the mix,
occasionally becoming animals in their own right and ousting the vocals
with ominous grey cumuli of drone.
When Paine’s incantation returns further on in journey with a couple of
new words added into the equation, we feel light-years away from where
we started, and shocked by the amount of psychological ground we have
covered with so little material to ride on. “Five perspectives” is one
beautiful anomaly of an album, mostly because it doesn’t actually
develop. It develops inside of your head, and that is no small
accomplishment. 8/10 -- Emilie Friedlander (15 April, 2009)

"...of extreme use for meditation, navigation and general cuntedness is FIVE PERSPECTIVES ON THE SAME EVENT, the new album by Glaswegian Andrew Paine on Apollolan Recordings. Consisting of just one single 28-minute track, Paine’s highly original and rounded Vision commences with the artist chanting ‘I was born in silence’ over & over as cracked sounds and ambient squirmings from distant galaxies invade his sonic space. Gradually, as Paine itemizes the extremely specific details of his birth, various other hefty aural vehicles drop in for tea & buns at Paine’s lonely sonic roadside café, but all are eventually chased away by the artist’s obsessive chanting, which draws to it an incoming sea fog that obscures all detail and gives the impression of forthcoming disaster. Powered by pipe organs, reed organs, bandonians and a harmonium, the disorientating overall effect throws up a scene from Ivor Cutler’s ‘Life in a Scotch Sitting Room’, as though invaded by New Age Presbyterians engaged in some vast Japanese Gagaku ceremony. Timeless, weird, strung out, religious and self-obsessed; this is wonderful Western Music that celebrates the alienness of our modern culture in a similarly vocal-heavy & mythical manner as the Residents. Score this superb package from David Keenan’s excellent Volcanic Tongue or check out myspace.com/sonicoysterrecords, which Paine has recently set up. Ripping stuff!"