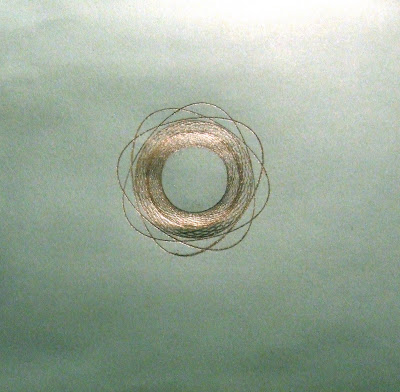 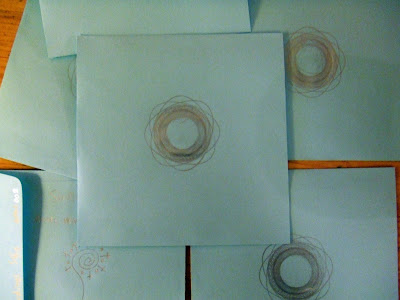 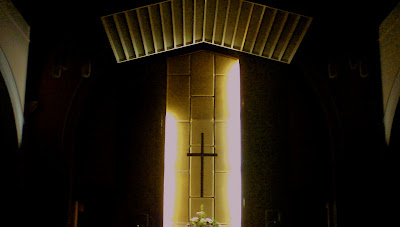 Our latest release is a new live recording by Sindre Bjerga entitled "Angel Heart, Sparkling With Fire" It was recorded at Ashley Road Methodist Church, Poole on October 4th 2008. This cdr comes in an edition of 50 copies with hand drawn silver ink on blue paper wallets, inside a plastic wallet. It also includes a flyer from the night it was recorded. Sindre Bjerga is prolific both in recording and also running the Gold Soundz imprint that operates under the TIBProd umbrella. He is also a steady collaborator with Jan-M Iversen.
Quite sparse but sparkling set recorded live at the Ashley Road Methodist Church, Poole, UK on my recent tour in October.. Contact mikes, tapes and the electric hum from deep within... Nice hand-decorated silver-on-blue paper-covers.. Numbered edition of 50 copies."

Recorded in a Methodist church in 2008, the live piece from Norwegian Sindre Bjerga, sounds as if the church in question has been submerged at the bottom of the sea, haunted and almost forgotten. Using the silence between sounds as much as the sound itself, the piece is abstract and calming, the electronics darting around the room, creating a completely different environment. As the music progresses however, the ghostly congregation makes its presence felt, the music becoming slightly uncomfortable, a presence just out of sight, until a roar of white noise fills the room with sound, obliterating what has gone before, the piece fading finally to rest on the ocean floor.fort to do so. (Simon Lewis)