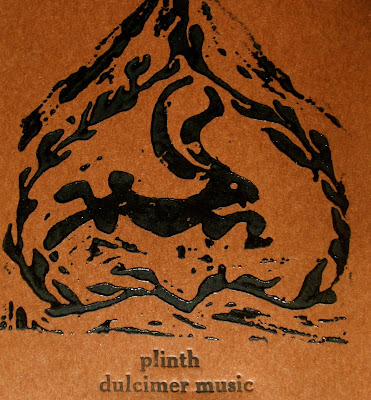 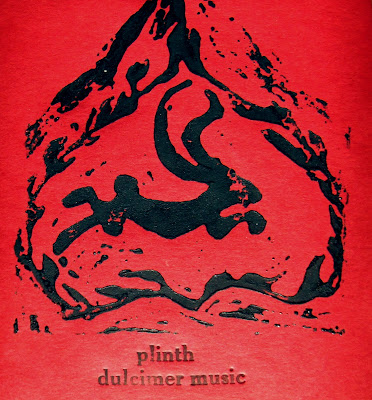 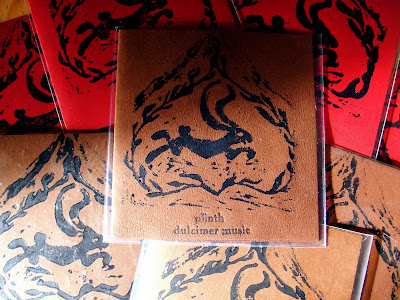 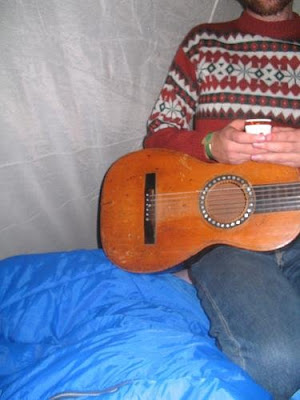 Plinth is the solo endeavor of Michael Tanner, The Dorset-based composer who also plays as a member of Pantaleimon, Sharron Kraus and United Bible Studies (amongst others).
Production credits include Sharron Kraus' 'The Foxes Wedding', Pantaleimon “Tall Trees” and forthcoming albums by United Bible Studies and Autumn Grieve.
The first Plinth full length 'Music for Smalls Lighthouse' is to be released on Durtro Jnana records in 2009.
“Dulcimer Music” was recorded in 2 weeks, october 2008. Aine o'dwyer (from United Bible Studies) plays harp on 1, richard skelton (sustain release) plays guitar on 5 and Matthew Shaw (tex la homa, 230 Divisadero) plays percussion on 4.
The artwork on this release is an original Vinyl cut print by Michael Tanner, every copy was printed by Michael by hand, the back cover was also done by Michael using Letterpress printing.

"Plinth will ease your soul with
the fragile beauty of “Dulcimer Music”, a collection of Six pieces that
drift across the room like clouds, the music beguiling and utterly
charming. I assume all sounds are made with dulcimers, both bowed and
plucked, (mainly bowed) but I don’t know for sure. However it is done,
there is magic in these recording, and interested parties should act
quickly as the edition is limited to fifty copies"