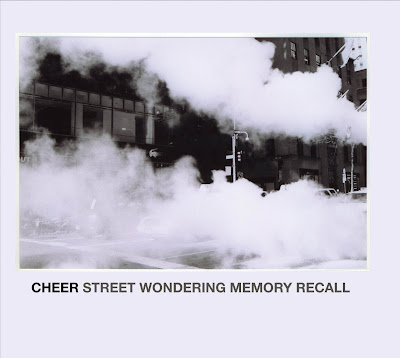 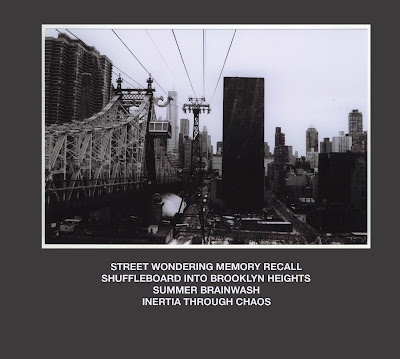 We are very pleased to  welcome back Cheer to Apollolaan recordings with his new album Street Wondering Memory Recall. This release is an edition of 150 copies of pro-produced cdr with a digipack cover featuring photograph taken by Cheer in New York. 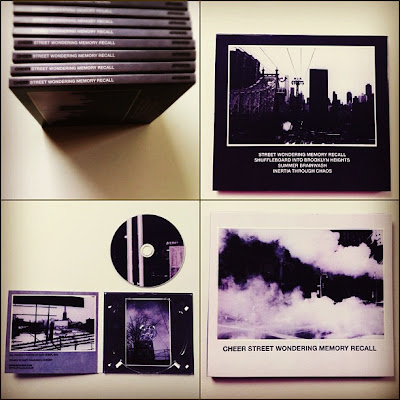 Alec Cheer is a Glasgow based musician interested in playing guitar and other such devices. He has various albums out on various labels. He has been playing in and beyond Glasgow for the past ten-ish years and supported the likes of Six Organs Of Admittance, Grouper, Jozef Van Wissem, Amiina, Dosh, Vetiver, Julianna Barwick, Scott "Wino" Weinrich, Tickly Feather, & Moon Unit to name a few. 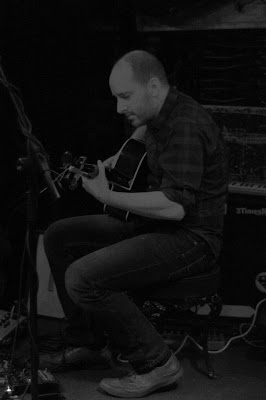 Review from Norman Records
"this a gorgeous CD full to the brim of solo guitar explorations and heart rending drones. I like the way they’ve married the two - you get a bit of drone then a wondrous spacial guitar instrumental. The guitar is acoustic and full of lovely rolling chords, kind of down your John Fahey path, rural folk. ‘Summer Brainwash’ is my favourite tune, its the sound of summer afternoons in meadows when you were a child. Sun dappled acoustic picking that is almost meditative sending you off into a mood of pastoral bliss. Only 150 of these buggers so you better be quick." 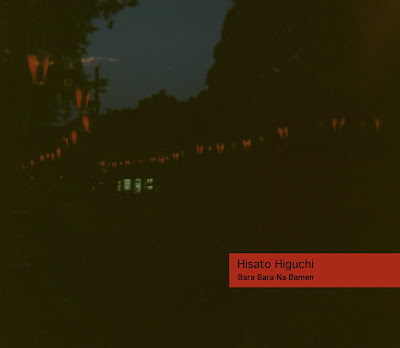 "Bara Bara Na Bamen" is a beautiful new collection from Hisato Higuchi, we are delighted to be releasing this album being long term fans of Hisato and his music.


"Bara Bara Na Bamen" roughly translates in English to Scattered Scenes, and this is an effective description of the music presented here. Featuring Hisato on guitar and vocals throughout.

Hisato Higuchi was born in Nagoya, Japan and currently lives in Tokyo. Hisato began his artistic travels as a puppeteer for a theater company before creating his own music at home. Hisato Higuchi self released his CD EP She in 2003, and has since recorded for a variety of labels, most notable for Family Vineyard with the albums "Dialogue", "Butterfly Horse Street", "Henzai"


"Bara Bara Na Bamen" is released on an edition of 100 copies in a pro-printed and produced Digipak. All photographs are by Hisato Higuchi, with design by Brian Lavelle.

"Edition of 100 copies CD from hermetic Japanese underground guitarist/vocalist Hisato Higuchi. Higuchi specialises in internally explosive/spectral electric guitar with all of the spell-binding nocturnal poetry of Loren Connors. He accompanies himself with whispered and variously convulsed vocals that function more in terms of colour and feel than any kind of narrative singer/songwriter trajectory, sometimes just hovering over the track as he bends single notes for long seconds on end. Bara Bara Na Bamen – which translates as Scattered Scenes – represents a development of his sound in that the skeletal single notes are now bracketed by the kind of finger-picking and deconstructed blues patterns of the late John Fahey, specifically his work for Table Of The Elements, and in turn Higuchi’s music feels like it has opened out a little, less focused on personal trauma and revelation and more on landscape, character and elemental power. A great solo guitar set packaged with photography from Higuchi himself. Recommended."

Hisato Higuchi is a Japanese musician who on ‘Bara Bara Na Bamen’ - ‘English To Scattered Scenes’ - presents an album of minimal (almost non-existent in some places) tracks, all of which marry quiet, reflective guitar playing with vocals that in many places sound more like a cello, or some other stringed instrument with bassy tones. Though split into thirteen cuts, the album varies not at all in timbre through its thirty two minute duration, but this shortness, allied to the brevity of the tracks, does make it listenable. It's a curious experience though, as that peculiar vocal style drifts over a peculiar guitar style. If nothing else, the album is unique.
Terrascope May 2012