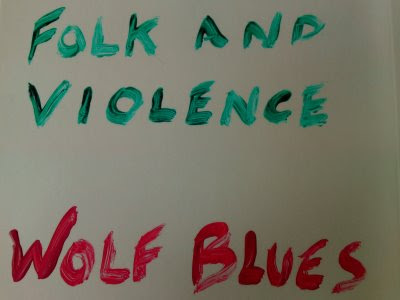 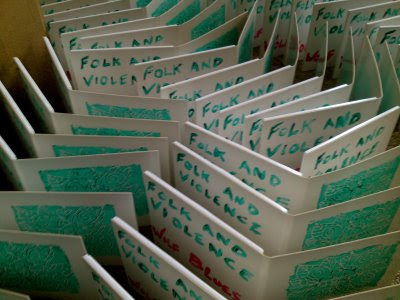 Folk and Violence was born from a shared ride to an AMM show, and a common love for "Driver UFO." The monicker was acquired by way of Franco Micalizzi. The infancy of Folk and Violence was in the back room of the White Horse, witnessed by fewer folks than Jesus had parents, and followed by a prolonged hiatus from which the band emerged in 2006 to play an opening slot for drone-daddy, Tony Conrad.
Chicago street musician, bluesman, and actor, Little Howlin’ Wolf, was born James R. Pobiega, Aug. 23, 1950. Of Polish decent, the grandson of a gravedigger and “moonshiner”, and son of a milkman, Pobiega grew up in the working class neighborhood of Justice, IL, a town located on the southwest outskirts of Chicago. Due to his large 6’6” stature, and tenacity on the football field at Argo High, he quickly earned the nickname, ‘Beowulf’, which was later shortened to ‘Wolf’. After high school, he briefly attended The Goodman Theatre in Chicago, IL., and although quite successful, he would soon realize that music was his calling. A self-taught musician, Wolf would gather up his guitar, harp, and saxophone, and hit the streets of Chicago, performing his original blues and jazz compositions, wherever and anywhere he could. Given his voice was filled with a natural booming, yet gravelly, soulful, and bluesy sound, he was given the moniker, Little Howlin’ Wolf, in respect to fellow bluesman and predecessor, Howlin’ Wolf. A name he was honored to receive, and still embraces to this day.
During the 1970s, Wolf started his own record label SOLIDARITY SOLIDARNOSC RECORDS, with subsidiaries ALCATRAZ, BEACON, and JUSTICE. Since then, he has recorded and released over two volumes of singles and three full length albums; THE GUARDIAN (1982), THE COOL TRUTH (1985), and his latest, BRAVE NU WORLD (2005). A cultural student and teacher, and advocate for the people, Wolf has brought his music and messages for peace and understanding all over North America and Europe. 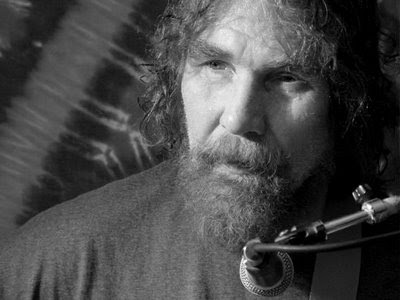 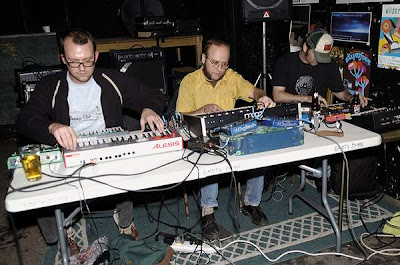 From Volacnic Tongue...
"Limited to 50 hand-numbered copies CD-R documenting an insane black blues session that’s basically Plastic Crimewave Sound with legendary outsider musician Little Howlin' Wolf on guitar, vocals and noseflute. Recorded live in a handheld in 2008, this is some crude stew, with Wolf’s low-down gasoline-huffin’ vocals supported by barely coherent swamp blues riffs and the kind of fractured rock logic of early Royal Trux. Crimewave and Wolf seem to be playing in two only-occasionally coincident universes while the drummer would’ve sat real well on an early Jandek side. If crude avant garage no-fi death jams is yr jag – and if yr a VT fan that almost goes without saying – then dig in."
David Keenan

"Free form boogie blues, the Portsmouth Symphonia of rock? Call it whatever you want, here we have Chicago based Folk & Violence’ new release ‘Wolf Blues’. , a seven-headed monster of weirdness and joy. The albums only piece lasts for 30 minutes and brings you into various fields of AMM-like improvisation and free form expression,s taking off with blues inspired by Howlin’ Wolf (and of course the band’s singer is Little Howlin’ Wolf, a man with legendary street musician status in Chicago). It’s lo-fi, it’s live, it’s mad and beautiful."
www.terrascope.co.uk