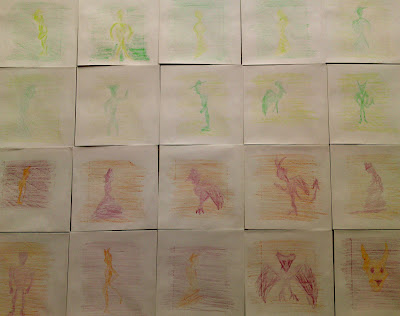 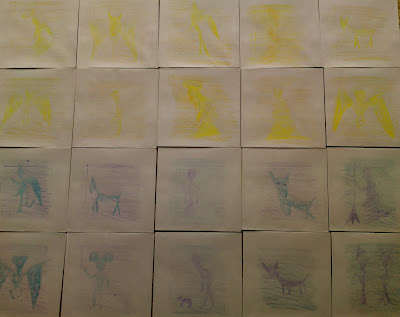 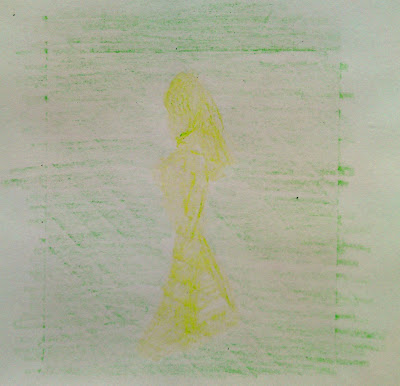 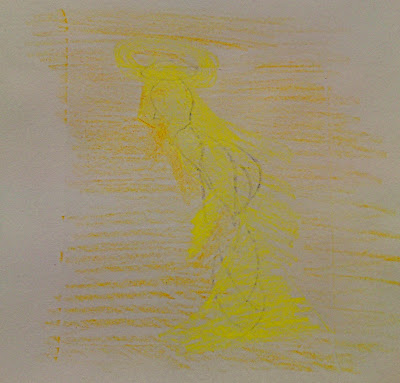 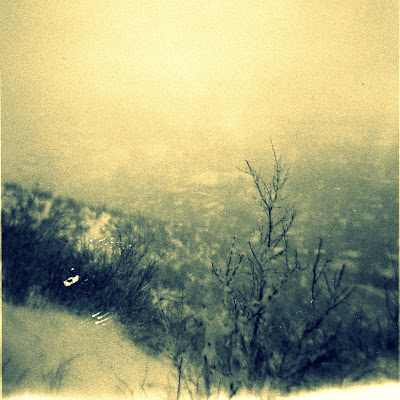 Still Light is a musical collaboration between Edinburgh based Singer/Songwriter Lucy Hague, London based artist Sand Snowman, and Kirill Nikolai.

This cdr release is an edition of 50 copies, all with individually hand drawn and numbered inside covers, it comes with a wrap around front cover and insert.

"STILL LIGHT are Kirill Nikolai, Lucy Hague and Sand Snowman.
Most of the music (predominantly acoustic!) was recorded in Kirill's closet/bedroom/living room in Boulder, CO, Lucy Hague's pad in Edinburgh, Scotland and Sand's home studio in London. It could probably be called psychedelic folk or freak folk, and – according to Kiril – it is influenced by all kind of different sounds, 60's and 70's folk/psych/prog/singer-songwriters, drone/ambient, jazz, classic rock, and some more contemporary music. The male/female vocal arrangements for example are very reminiscent of British folk-jazz band THE PENTANGLE. A beautiful, very dreamy, often rather dark exquisite ambiance is dominant and makes for a pleasurable listening experience."
Mike Floyd homemade lofi psych

"Still Light is an eclectic trio joining Edinburgh based Singer/Songwriter Lucy Hague, London based artist Sand Snowman, and Kirill Nikolai. My original search led me to Kirill Nikolai, who I was surprised to see Irish born painter Francis Bacon sighted as an influence. Also among the top friends listed I find Nick Drake. Upon seeing this I am immediately drawn to the conclusion that Still Light will be golden, and they are. Among the two songs found on their fairly new Myspace page, “Tenebre”, from the 2009 release “Lything” is part Iron And Wine’s “Our Endless Numbered Days” with a dash of imagery formed from the tale of Into The Wild’s Chris McCandless and strangely enough a touch of U2’s “Joshua Tree”. The open plain, the winding road, the desolation. I hear and feel so many ranges of influence. There is Pink Floyd, there is J. Tilman of Fleet Floxes, and to compare Lucy Hague’s vocals to that of Amy Lee, I will do just that. “Tenebre”, with is vaguely Southern use of what appears to be a banjo only leads me to speculate that the trio comes together with a broad background to form this truly new, original, and unique sound. With it’s subtle and overall non-intrusive instrumentation, “Tenebre” stands out and allows for Still Light to shine as vocalist’s as well as seasoned musicians. Music for elevation, not the elevator."
Brad Tilbe adequacy.net

"Its October 1st and ominous skies are already rolling in. Appropriately, so are new tracks from Still Light, a UK/US band that crafts exceedingly dreamy acoustic psych crafted for dark mornings where getting out from under the covers is the last thing one wants to think of. Blurring the line between ambient folk, celestial drone and a land where Delia Derbyshire is still recording the world, Lything, the groups latest release on Apollolaan Recordings (limited to 50!), is a wondrous departure from reality. It drifts by like clouds bound for some other town, but not without leaving an impression. Sort of like this. Recorded by Lucy Hague, Sand Snowman and Kirill Nikolai, Lything is best suited for low impact home life, which makes sense as the record was cut in "Kirill's closet/bedroom/living room in Boulder, CO, Lucy Hague's pad in Edinburgh, Scotland and Sand's home studio in London." Blanket vibes for sure. Take a look at the gorgeous hand made art here. For those of you still lamenting the lose of summer, this should help ease the pain."
McG chocolatebobka