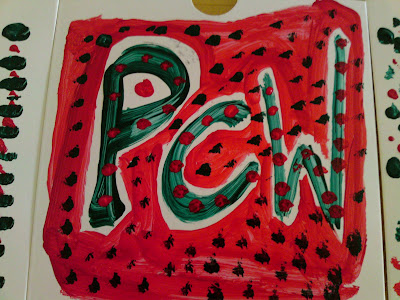 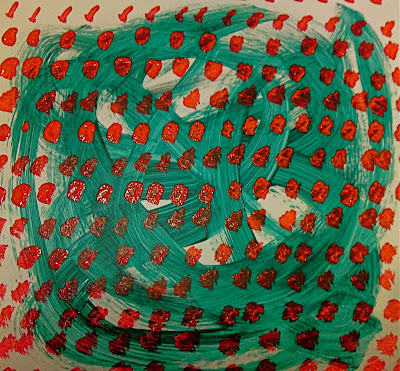 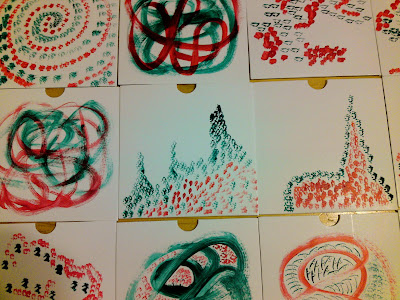 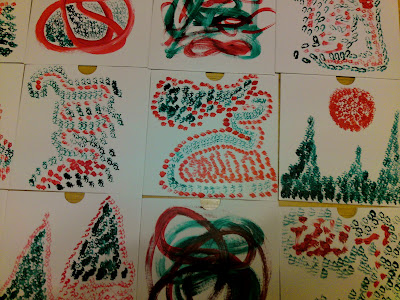 If you have been following carefully then you will already know the name Plastic Crimewave (aka Steve Krakow).
Plastic Crimewave Expanse was the very first release on apollolaan recordings, and Steve has since appeared on apollolaan as part of DRMWPN and Folk and Violence.
This latest 13 track album is Plastic Crimewave in solo song mode, and this is pure Plastic Crimewave at its very best. The album is called Fire In The Whole and comes in an edition of 100 copies on cdr. Each and every cover is individually hand painted and unique. Each copy is hand numbered and the package is completed with an insert with the cover art from the original tape from PCW's private collection.

"Recorded on a 4 track in thee bedroom (of course) of one Plastic Crimewave over a decade ago, these tracks were intended as a demo for a PCW solo album that only ever sort-of materialized. The cuts here ended up having a charm and distinct sound of their own, as PCW played all instruments and tweaked all knobs and sounds. Backwards guitars, broke-ass sitar, and even a crude human beatbox all were employed to convey these songs, which were largely transcribed from dreams or written on the creaking steel streets of Chicago, Illinois. Inspired by all from Syd, Eno, Ayers, Simon Finn, Alastair Galbraith, Daniel Johnston and the gooiest of shoegazes, this document captures a certain dystopian bliss not present in the later sanistized studio versions of these tracks with a full band--which would in fact lead to Plastic Crimewave Sound being formed. Some of these songs were not even attempted again, so what materialized was in fact a nice lil album of lo-fi snapshots of the moods of 1999..."
Steve Krakow

Steve is probably best known for the band Plastic Crimewave Sound, the Chicago spacepunk unit in operation since 2001, which has been lauded in Mojo, Wire, Julian Cope's Head Heritage, etc. PCWS delivers blasts of motor-city acid-rock, Japanese-style psychedelic scree, yet touching on cosmic krautrock and eastern folk-blues at times. Plastic Crimewave also does the Galactic Zoo Dossier mag, Secret History of Chicago Music newspaper strip and radio show, Million Tongues Festivals, and plays with DRMWPN and Moonrises.....and did we mention he is also known in some circles as Pythagoras, after being inducted into the Source family.

"Hand-numbered edition of 100 copies CD-R that bundles a bunch of demos cut solo by Steve Krakow aka Plastic Crimewave of Plastic Crimewave Sound. The sound is primitive straight-to-tape nada fidelity psych, with Krakow's vocals barely decipherable outside of tonal mumps and uh-huh yeahs. The backing ranges from fuzz guitar through pirouetting acoustic and doomy synth. The feel is a mile away from the lurid comic book psych appeal of his big band records and closer to a damaged real people/loner psych broadcast from out of nowhere. Hand-painted sleeves, every one unique."
David Keenan, Volcanic Tongue

With Plastic Crimewave’s Steve Krakow being something of a psychedelic curator/torch-carrier, you might well expect the Apolloaan label to have done something a little out of the ordinary for the cover. They did – all of the 100 hand painted covers are unique. Originally a very limited here-and-there ‘showcase’ tape of demos, Apolloaan have pulled this from the wiki history books into the here-and-now. Krakow keeps his vision here defiantly no-fi across the 13 tracks, there’s no room for bombast in his slumped-over but skyward seeking visions. There’s a seeming lack of concern for fidelity here that’s beyond no-fi or lo-fi, Plastic Crimewave are just nonchalant. Weird pop are the go-words here, Krakow’s guitar fuzzpop psych decorating the record with an experimental lean to the left. At times it likes Roky sitting alone in the pantry, inner space wandering/daydreaming – fuzzpop at the ready – and elsewhere there’s acid punk, fucked flamenco touches and a definite air of psychedelic coquetry. A record of great psych and pop instincts, it demands investigation. 8/10 -- Scott McKeating (10 March, 2010)"
Foxy Digitalis 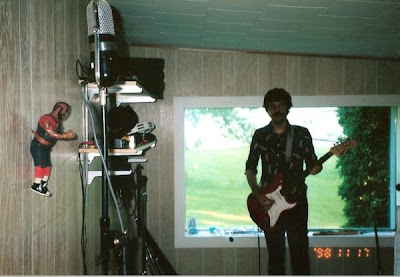 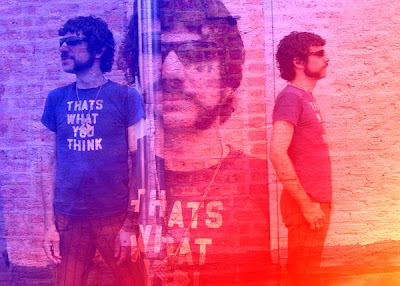