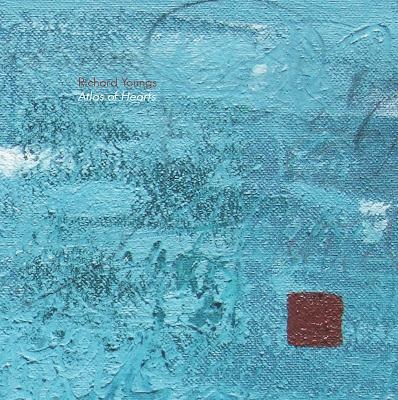 Today brings us the Winter Solstice and a Lunar eclipse visible from this snow covered piece of Dorset, to celebrate we bring you the debut vinyl release on apollolaan "Atlas of Hearts" by Richard Youngs.

The track listing is

"Atlas of Hearts" is released on 180g vinyl in full colour thick card sleeve. It is limited to 250 copies
The cover artwork is a painting by Matthew Shaw mirroring the recording process of the songs. The artwork design was done by Brian Lavelle. 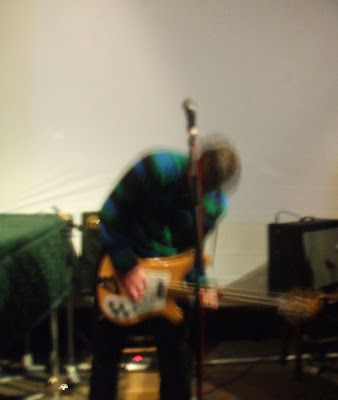 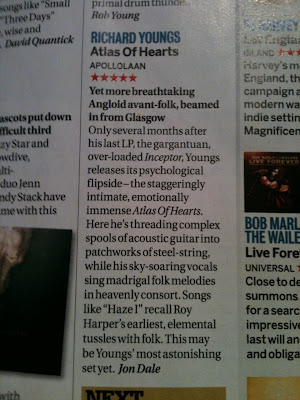 "Massive new album from Richard Youngs, this time out on acoustic guitar, vocals and string drones. Taking a tangent from his singer-songwriter sides for Jagjaguwar, Atlas Of Hearts reflects more on the form of his earlier New Angloid Sound recording, with a complex, dizzy finger-picking style that is somewhere between Nic Jones, John Martyn and a more UK-centric Matthew Valentine. Indeed, in many ways this is Richard’s deepest pass through UK folk traditions, without ever sounding like a simple revivalist. Rather, he skews the melodies and instrumentalism to better reflect his own take on Angloid form, making beautiful expressive use of overlapping multi-tracked vocals that echo and bolster phantom melodies over tumbling acoustic guitars and even some restrained bursts of fat, almost Takayanagi-style fuzz guitar. No one has furthered British folk traditions in such a personal way as Richard and this is such a magical recording that it sits easily alongside his initial No Fans vinyl run. Beautifully presented by Apollolaan in an edition of only 250 copies with heavy 180g vinyl, insert and hard card sleeves. Highly recommended but better make it fast, this one won’t hang around for long."

Youngseh. I love Youngseh, me. I've been especially loving that Beyond the Valley of Ultrahits since Jagjaguwar did the world a favour and reissued it for those who missed out first time.. 'Radio Innocents', like - blinding! As far as the super broad scope of his various works go I reckon I'd describe this new one as mostly being somewhere between the near-conventional pop songwriting of that record and the experimental guitar-based folk of Sapphie but making heavy use of the multitracked vocals heard very prominently on the likes of Autumn Response. The result is completely hypnotic, beguiling and entrancing to my ears but, being very song-based, this isn't gonna be for anyone who's ever had issues with his vocal delivery which is definitely possessing of a peculiar quality, on the one hand there's definitely a sort of 'non-voice' thing to it but at the same time there are plenty of moments where to me he could almost pass for a classic folk singer, albeit an idiosyncratic one. Hopefully some of those doubters will see fit to give him another go with this one as they'll be missing out on a bit of a beauty otherwise..