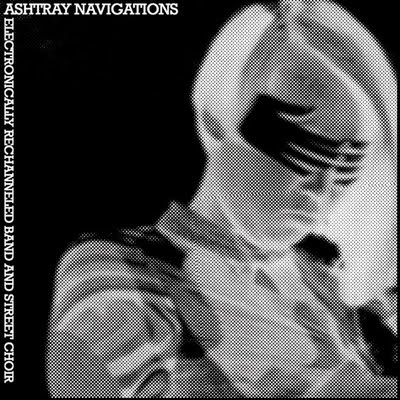 Ashtray Navigations. One of our favourite bands here at Apollolaan, for years we have marveled at the genius that is Phil Todd, and this latest disk is pure brilliance!
It's taken a while to get this release together, all artwork is by Phil himself, pro printed artwork and pro pressed disks on cdr, on top of this there is an acetate front piece, each one done by Phil himself, making a very, very cool 3d image. It was worth the wait, here's what Ashtray Navigations have to say about it...

"we are expecting a new CDR entitled ELECTRONICALLY RECHANNELLED BAND AND STREET CHOIR from Apollolaan Recordings to arrive any day soon. This is sort of a live album, except there are tons of overdubs and half of it is from the rehearsal rather than the gig. All good rocking stuff though – want to hear us play our version of “Disco Duck” live at Dewsbury Socialist Club? You will, soon."
Ashtray Navigations "Outside Toilet Blues" by apollolaan 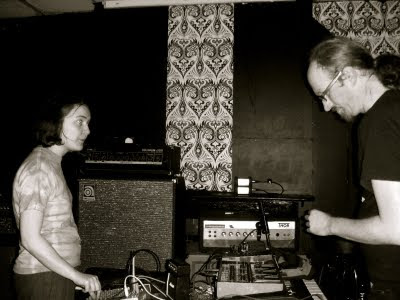 "Fantastic new set from Phil Todd and co, already sold out at source. This one consists of reconstructed live jams w/a ton of disorientating post-production, giving the sonics the equivalent of the cool mylar 3-D effect sleeve. The first track, a rehearsal version of a track premiered at the 2010 British Wildlife Festival, features some classic west coast snake charming lead guitar from Todd over celestial F/X but it’s the second monster three-parter that really defines the set, with a cool zoned Canterbury style keyboard bliss-out making way for a totally raging a-formal splurge of raunch rock with staggering rhythms, squelching electro beats and fast almost Cale-style electric bass runs that dissolves into itself again and again. Recommended, as is everything Phil has released recently, what a roll!"
David Keenan via Volcanic Tongue

"Vibrating with energy and manic intensity, “Electronically Rechanneled Band and Street Choir” collects together two live pieces, with added overdubs, from Astral Navigations. First up “Outside Toilet Blues”, a rehearsal for the 2010 British Wildlife Festival, is a shimmering fifteen minute piece with writhing guitar and a repetitive metallic sequence, that is hypnotic and intense. Up next is a trilogy “Machine Talk-Heads” / “At Last... The Duck” / “Machine Talk-Tails”, with the first part leading us in with a drifting haze of electronics and sweet notes that blend together beautifully. Part two (recorded at the Dewsbury Social Club), then kicks in with bass, drums and sleazy guitar, creating a throbbing beast of a track that needs plenty of volume for maximum effect, sounding like the perfect “Ladbroke Grove” band, down and dirty. Finally, part three slows thing down again, returning to the cool psychedelia of the part one, a hint of Pink Floyd and a wide grin, brilliant stuff indeed."
Terrascope