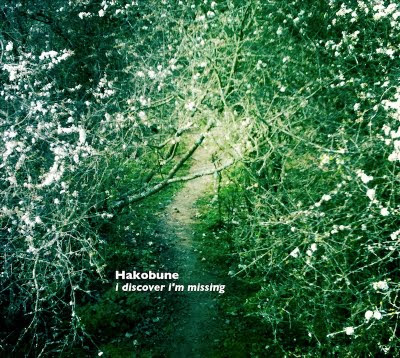 Available now as a pre order is the new full length from Hakobune. This latest album by Takahiro Yorifuji is a real gem, a perfect set of slow drone classics, you will not be disappointed. Plus this one comes in a beautiful digipak designed by Brian Lavelle with photos by Matthew Shaw. Limited to 100 copies.
Hakobune "Between Equinox" by apollolaan 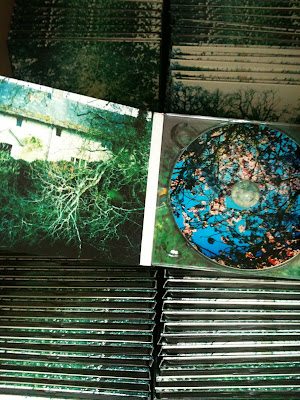 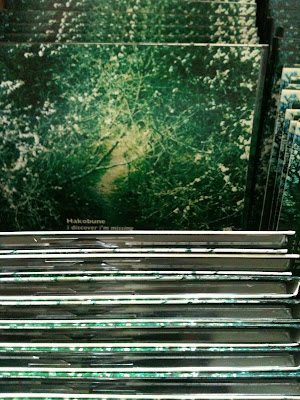 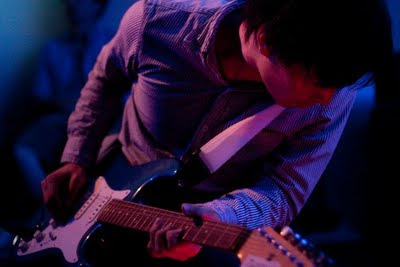 ...according to our Phil on 14 September 2011.
Ah...something a bit more soothing now. Thank fuck. Anyhoo Hakobune has had releases out on loads of cool labels like U Cover, Symbolic Interaction, Install, Hibernate, etc., so unless you've been hiding underneath an ambient drone tree then you've more than likely heard of the young Takahiro Yorifuji. Here is a limited digipack on the Apollolaan label which comes in a nice digipack with the obligatory tree on the cover (fields or flowers will also do). Musically it's pleasing...very pleasing...drifty ambient drone. It has a more sombre feel to it, so it's not a happy listen but it's got that droney warmth which is a requisite. I'm enjoying the distant sounding piano (or whatever it is) and that transforms it from being an average drone record into a decent one. 100 only in said tree-splattered digipack.
"New set of deep-field Japanese drone work from Takahiro Yorifuji aka Hakobune who uses treated instruments to the point of dissolve to generate slow-motion reveries that combine stately orchestral arcs of almost string-tone with the kind of melancholy feel for haunted landscape of Andrew Chalk. Edition of 100 copies."
David Keenan via Volcanic Tongue

Hakobune is the moniker of musician Takahiro Yorifuji, whose work relies on heavily processed guitars and subtle electronic touches. Having more than a handful of soild releases to his credit by now, Hakobune has been established as a name to watch for fans of a certain bent of drone music. Yorifuji’s work is nuanced, meditative, explorative, and, yet, manages to be openly inviting as well. His latest work “I Discover I’m Missing” for the Apollolaan label is one of the more endearing drone albums to come out in 2011 and adds to an ever-expanding catalogue of strong releases by Yorifuji.

‘I Discover I’m missing’ opens with “Disappearing in the Purple Shades” and wastes no time in immersing the listener in dense dronescapes, both inviting and threatening. And that song title, which seems defined by a sense of mystery and absence, much as the album’s title does, seems to represent the effect Takahiro seeks to give the listener. Across all six of the disc’s compositions, the album seems to work as a larger document devoted to this single avenue of exploration: the juxtapositon of warmth and alienation. If we investigate the words ‘I Discover I’m Missing’, the title seems to suggest a slow realization that the ‘I’ in question is a ghostly apparition, somehow removed from the story it deems its own. It’s an unsettling title and idea but also seems to invite a sort of catharsis through the music that insists the listener slow down and read between the static of everyday life. Taken in this regard 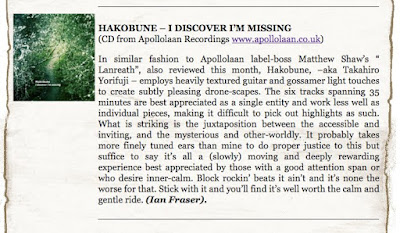 Takahrio’s music is almost a metaphor for itself, in other words this is drone music about drone music. While most musicians are interested in producing great combinations of guitar chords, Takahiro’s music is about those sounds that get lost between the transition from one chord to the next on a guitar. His work seems singular in its devotion to slowing things down to at once calm the listener, but also to reveal a deeper sense of mystery to the proceedings of how music is experienced. Not only that though, his work seems an invitation to do that with everyday life, to slow things down and read between the static and monotony. Drone music, particularly the kind built out of processed guitars, is often about finding those hidden avenues of the instrument; taking a single note and layering it until it becomes a symphony or processing a strum to the point that six individually played strings become one. But something about Hakobune’s work insists that this thought process, an awareness of this exploration, informs everything he does.

It’s hard to pick out individual highlights since the album really does function as a whole but “Between Equinox” does serve a nice encapsulation of the album, both in music and title. Think of the words, ‘Between Equinox’, and there’s that idea of being both present but elsewhere, however the idea of being between equinoxes is odd in that the amount of time between equinoxes is actually quite far apart. But, again, Yorifuji is drawing attention to the idea of time – particularly the lapses between moments in time. The song sounds like it is built around a distant piano melody (which it may or may not in fact be) that has this ghostly quality, almost as if we hear the reverb of the notes playing before we hear the notes themselves. Again, he’s playing with constructs of time; the echo seems to come before the source sound. None of the source sounds are clearly audible though, everything sounds as though we are hearing it filtered though a neighbouring wall or something. Again, it’s that balance between something warm and inviting yet strange and alien. It’s a balance Takahiro strikes throughout “I Discover I’m Missing”, and his ability to create such a minimal album that also has such big ideas and even bigger emotions is what makes this work so special.

Takahiro Yorifuji’s work as Hakobune continues to surprise and delight. Personally, this guy is on my short list of artists whose work I’m always interested in. There’s something about what he does that is just kind of magical. Frankly, his ability to create works that are both challenging and yet warmly accessible is nothing short of remarkable. And his ability to create works that are moving without ever relying on sentimentalism is also of note: it’s always a ‘the whole is greater the sum of its parts’ with his albums, they always slowly work away on the listener to pay off in big rewards, rather than pandering by giving away the mysteries of his work in small doses. As always with a Hakobune work “I Discover I’m Missing” is an album that demands you listen to it from start to finish, but when you walk away it’ll almost surely be the best thing you hear all day.
Brendan Moore for Fluid - Radio 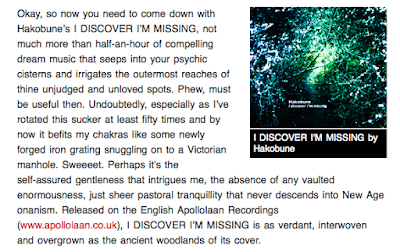