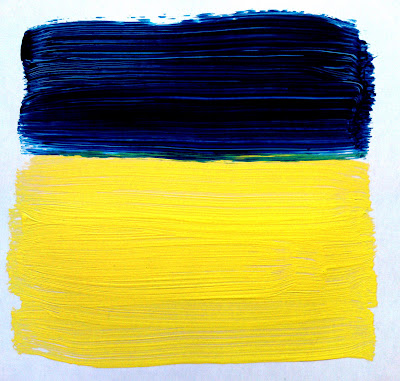 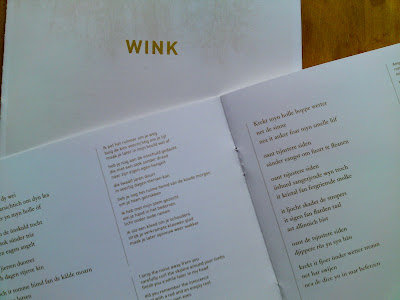 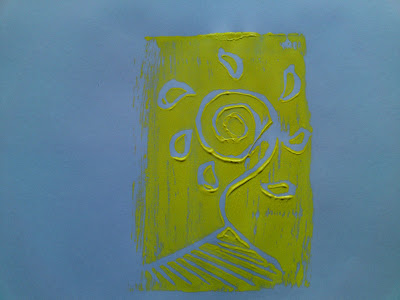 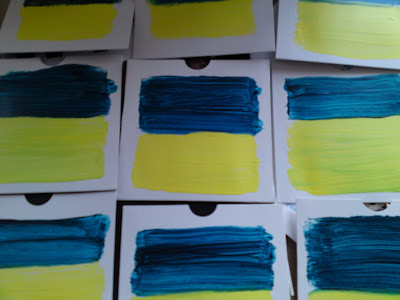 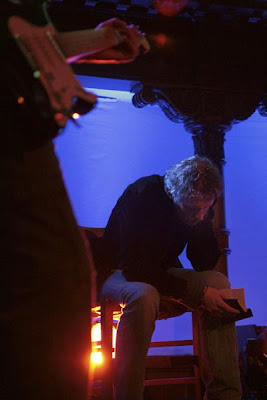 "Wink" by Kleefstra / Bakker / Kleefstra is a beautiful set of poetry and music. This is a live one take studio recording and comes in a white Lino cut printed envelope containing a professionally printed gold ink on white paper booklet of Poems by Jan Kleefstra. These poems are spoken in Frisian but printed in the booklet in Frisian, Dutch & English.

Jan Kleefstra writes 'fragments' about inlands between lakes and near the sea and the sense perceptions of it. And because words about land and water are vulnerable, especially when the relationship with it is fragile, he doesn't want the words to hit the ground and be trampled down by people after leaving his voice. That's why he recitates on soundscapes, partly form the guitar of his brother Romke, partly on samples of William Basinski, Deathprod or Es and sometimes live with others like Machinefabriek and Soccer Committee. Jan & Romke also co-operate with other forms of art like (seascape) painting and cinematographics.

Romke Kleefstra has been singer/songwriter/guitarist in a some groups over the last 15 years, including Shatterhole, Seascape Painters and Polaroyd. He's also been doing stuff solo and might do that again. Last but not least he's in the band Music for the Defect.

Jan & Romke are joined on this release by Anne Chris Bakker on guitar and effects, bowed & fingerpicking guitar.

"Wink is a three piece group whose self-titled release contains one 27-minutes track which was recorded live. Utilising guitars (bowed and picked), effects, loops and laptops, Anne Chris Baker, Romke Kleefstra and Jan Kleefstra have created a softly flowing drone piece with spoken words and gently falling notes, the music rich and overflowing with emotion. As the music moves on it ebbs and flows, giving the impression that you are on a journey, floating on a timeless river unaware of past or future. Definitely one for the headphones this is music to be enjoyed alone, a deeply satisfying trip."

"If you're a collector that likes to have your music on a physical CD, times are rapidly getting harder. Especially in the ambient and experimental genre, where more and more releases are handmade do-it-yourself releases in extremely limited editions.
Take Wixel's 2009 project, for instance: one CD every month, every edition physically released in the number of days of that particular month (but at least these are later rereleased in simpler packaging and available as digital downloads too). Even a relatively 'big name' like Thomas Köner releases his latest CD 'La Barca' in a limited edition of 600 copies only.
By the time the news of a new release reaches you, chances are the album is sold out and unavailable physically.
Such is the case with Wink, the new album by Kleefstra / Bakker / Kleefstra.
Although I thought I acted quickly, my handpainted CD (!) and handpainted cover bear the number 90 - of only 100! So I guess it's sold out the moment you read this...
So what's the use of this blogpost then?
Well, it may be re-released later, maybe you'll stumble upon a copy sometimes, maybe it will later be made available as digital download, or you may even be able to attend a Wink live performance.
Wink can be described as 'Piiptsjilling' part 2. Though Machinefabriek (Rutger Zuydervelt) is no part of this project, the overall atmosphere is quite the same on both releases.
Wink is a single 27 minute track over which a 6 part poem is spoken dreamily. Most people will probably not understand a word of the Frysian language spoken, but for those who want to know the poem is translated in dutch as well as english.
Romke Kleefstra (guitar + loops) and Anne Chris Bakker (guitars, effects) create a perfectly fitting background sculpture of guitar drones and softly evolving mininal loops for Jan Kleefstra's quietly spoken but haunting words.
Like 'Piiptsjilling', Wink deserves to be heard outside Friesland also, outside Holland even: this language is universal.
hast altyd mei stiennen tôge
altyd mei de únrés de sleat
om dyb tinzen útheakkele
(You were always hauling stones
always dredging with unease
the pond around your thoughts)
Wink is (or was) released on Apollolaan Records. I guess you should haunt them for a re-release.
Tour dates can be found on the Kleefstra Myspace page. As well as a live recording of a Wink performance that can be downloaded until the end of october!"


This release was an edition of 100 hand numbered copies